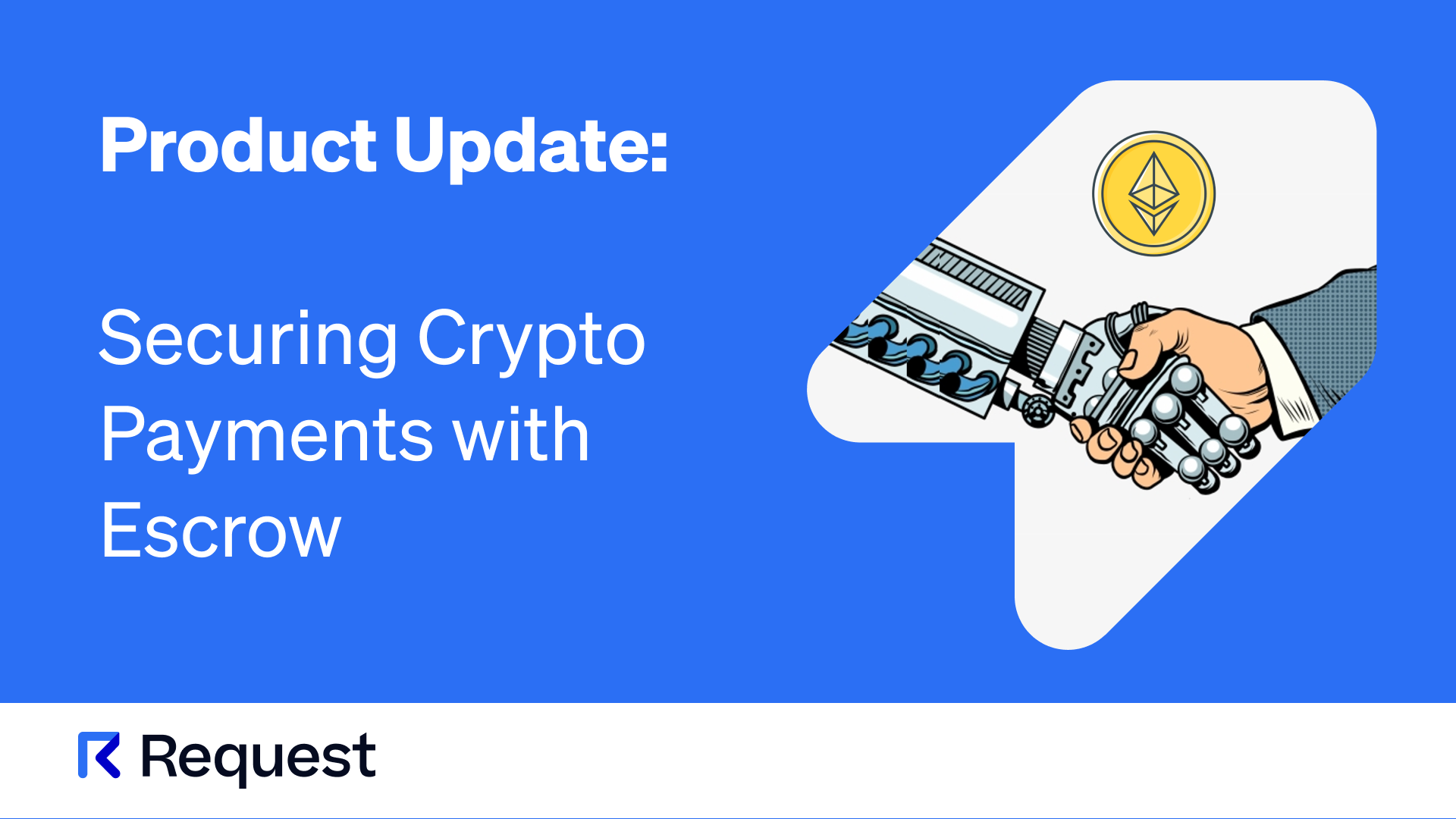 We’re excited to announce that we’re introducing an escrow feature for crypto payments.

Starting today, the payment someone owes you on an invoice sent via Request Finance can be held in an escrow smart contract.

It is a cheaper, more secure way of getting paid in crypto.

It’s still just a beta version, although it's passed several rounds of smart contract audits. We can’t wait for you to test it out, and let us know how we can make it better!

What is an Escrow Smart Contract?

It acts like a transparent, safe deposit box which automatically disburses the funds held inside when both parties agree that the contract has been satisfied.

You can use the escrow feature under the “More Options” drop-down menu when you create an invoice in Request Finance:
‍

‍
When Should I Use Escrow?‍

It is ideal for situations where there is a time lag between delivery of a promised good or service, and payment.

Doing business using escrow protects sellers and buyers. It makes buyers prove that they have sufficient money on hand to afford the purchase. At the same time, the buyer is assured that the seller will not disappear with the funds without delivering the goods or services as promised.

This facilitates trust in a digital economy: from hiring talent, to buying stuff online, and even for large transactions like real estate purchases, or corporate mergers and acquisitions!

Escrow.com, a San Francisco based company, founded in 1999 announced that it had processed an average of $0.6 million per day in 2021.

Using smart contracts, Request Finance offers an escrow service that is faster and cheaper - with just a $2 flat fee per payment, paid for by the payer.

The cost of using traditional escrow services is high. Alipay charges merchants a 0.55% fee, while its rival, WeChat Pay, charges 0.1 – 2.0%. For real estate transactions, the average cost of an escrow fee is 1% – 2% of the property’s value. Freelance platforms like Upwork and Fiverr charge anywhere between 5% - 20% of each transaction.

Thanks to Web2 technologies, ATMs replaced bank tellers, then cards replaced cash, only to be now disrupted by mobile payments.

What Happens If I Have a Dispute?

Business relationships don’t always go as planned. Disputes may arise between the parties - either party may initiate a dispute at any point in time.

Doing so will lock the disputed funds in the smart contract for 12 months, before returning to the sender’s wallet address. The intended recipient will forgo payment, but the sender will also be penalized on the time value of the frozen funds.

Our current approach to dispute resolution is a simple, and cost-effective one. By imposing costs on all parties in the event of a dispute, we aim to incentivize both parties to: (i) reach an amicable settlement, and (ii) only engage with trustworthy counterparts in the first place.

Admittedly, this does not eliminate the potential for abuse. In the future, we may offer arbitral options for dispute resolution. But those are likely to incur additional costs on both disputing parties.

Clients may become unresponsive, or unable to pay for reasons other than bad faith. For example, a company may have ceased operations, leaving no-one to approve the release of the funds to the intended recipient.

In such cases, the intended recipient can initiate an emergency claim on the smart contract. When this happens, after 6 months, they will receive the money without the need for the sender's approval.

However, the sender can reverse the emergency claim at any time before the 6 month period is up. This is to prevent recipients from abusing the feature by initiating frivolous emergency claims, with the intent of claiming the payout without delivering.

Should a sender acting in bad faith attempt to avoid payment by becoming unresponsive, while reversing any emergency claims raised, the recipient can initiate a dispute, leaving the funds frozen in escrow.

Have an interesting use case for escrow payments in crypto?

Reach out to us via Twitter DMs to have us feature your story.

For API integrations, or technical support, contact us via the Intercom support chat button located at the bottom right-hand corner, inside the app. 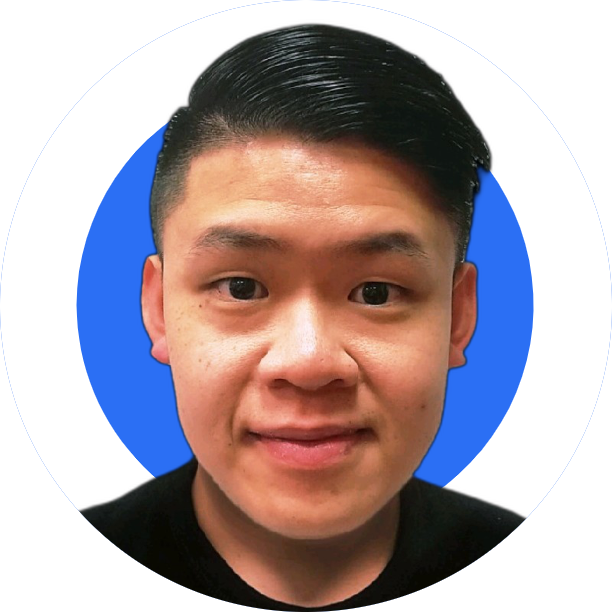 News, guides, tips and more content to help you handle your crypto finances. 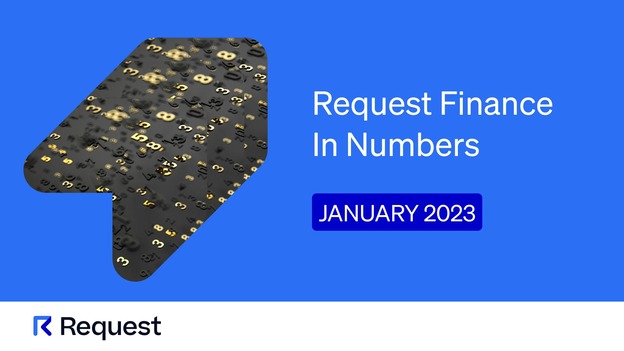 Despite the chaos of 2022, thousands of Web3 teams used Request Finance to pay just over $100 million in crypto invoices, payroll, and expenses. 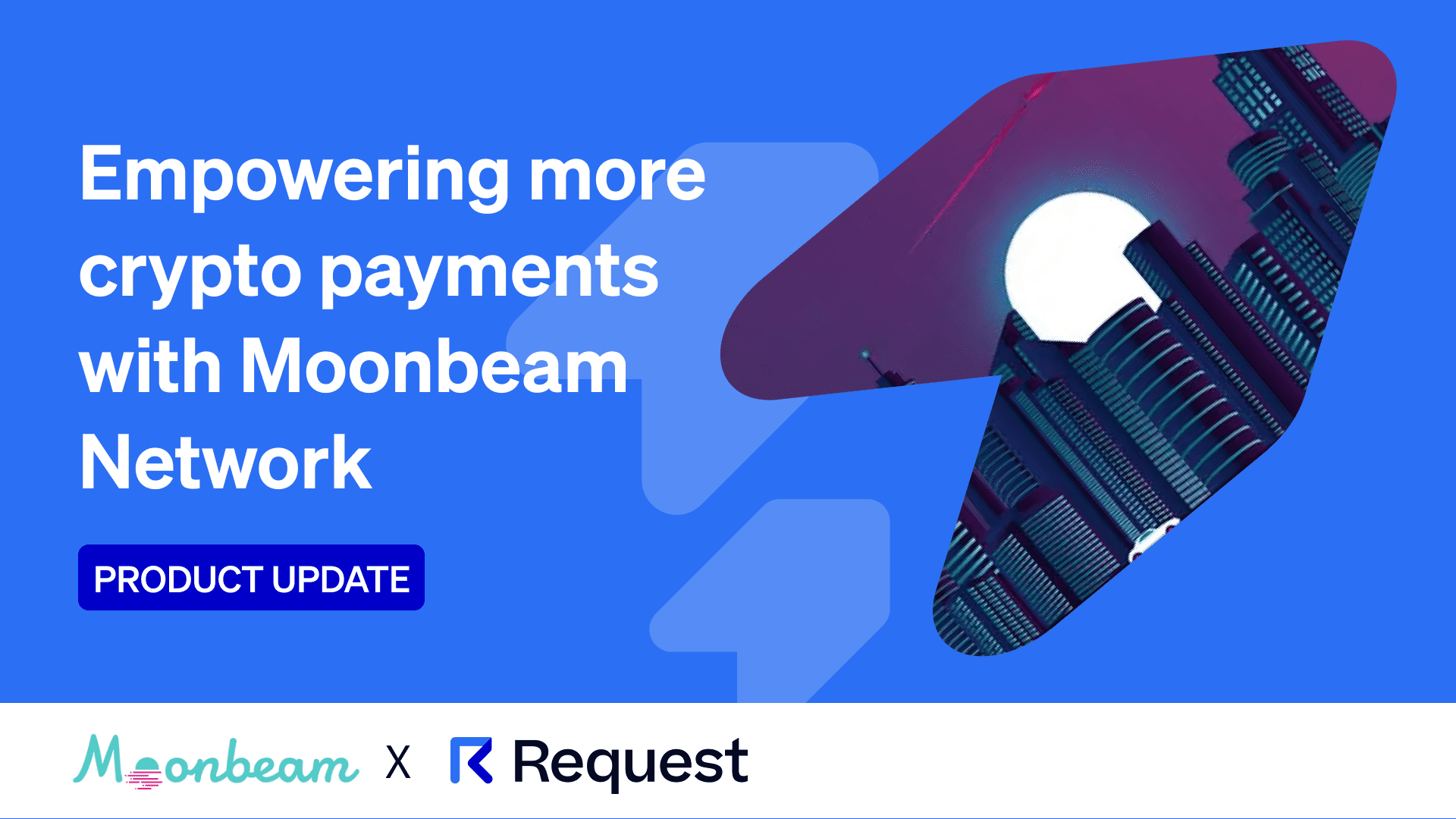 Request Finance has now added support for crypto payments on Moonbeam, an EVM-compatible parachain on Polkadot. 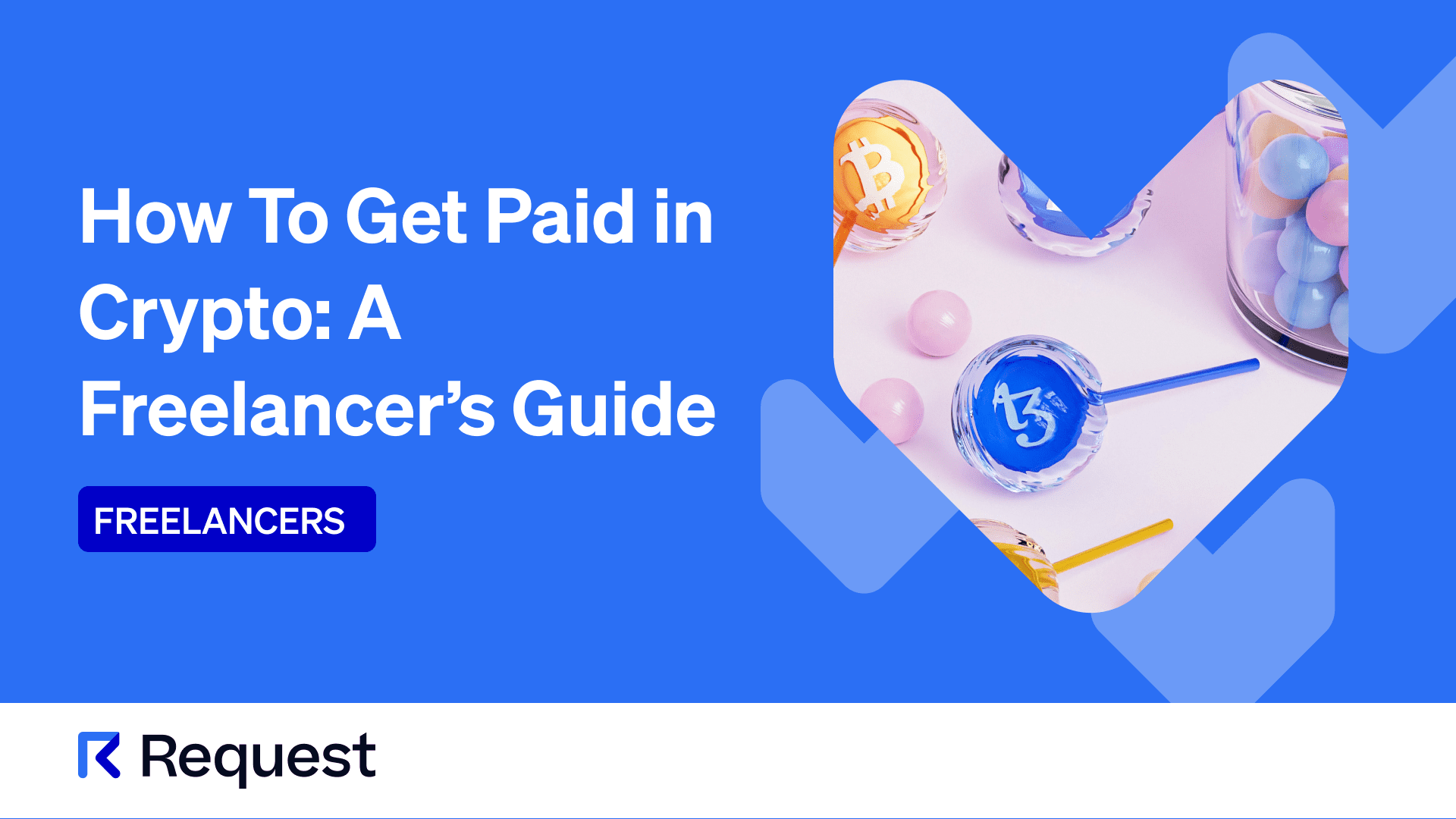 How To Get Paid in Crypto: A Freelancer’s Guide

A list of the four most essential tools for freelancers in Web3, including: wallets, on/off ramp options, invoicing, and crypto tax accounting tools. 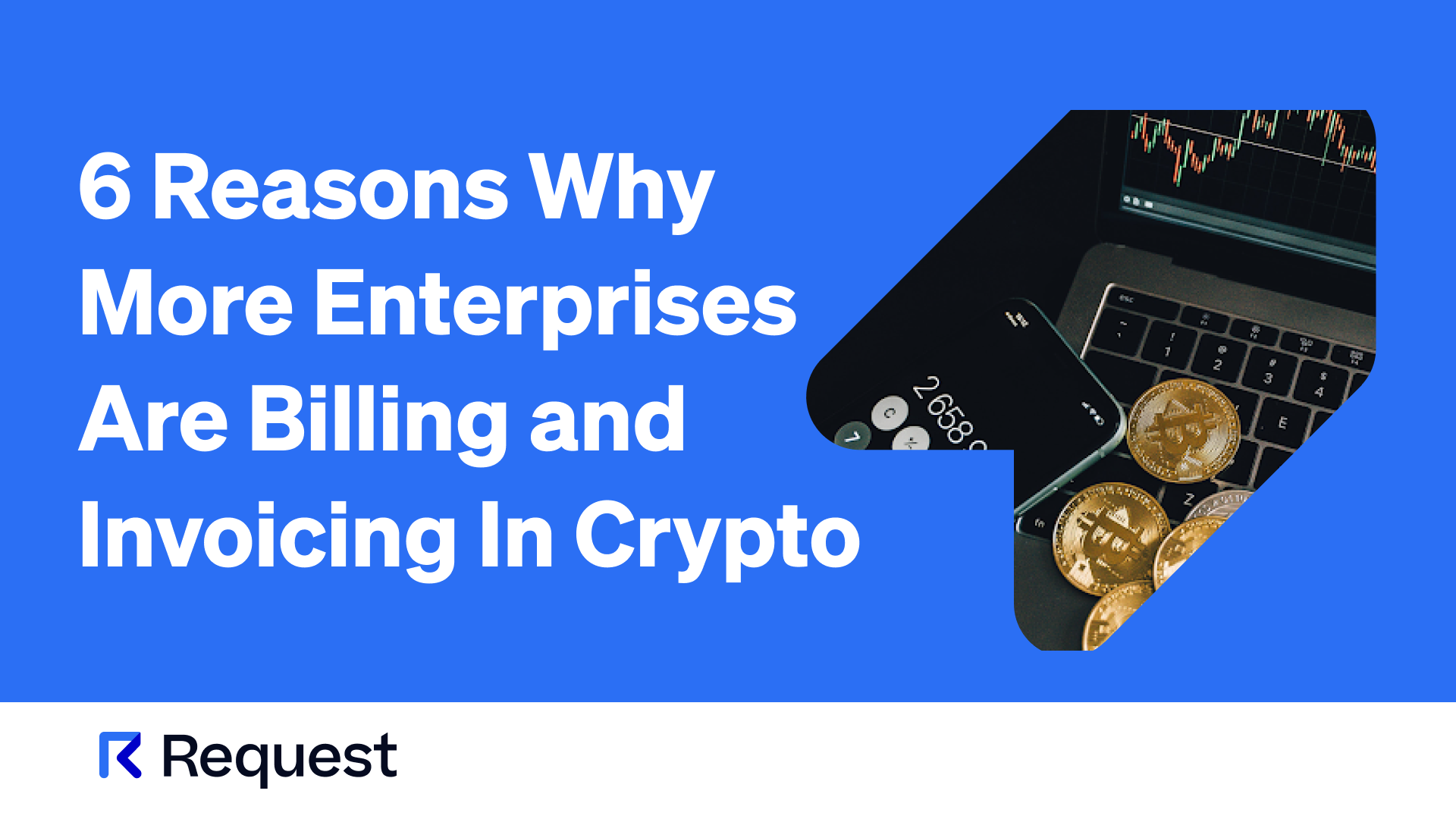 6 Reasons Why More Enterprises Are Billing and Invoicing In Crypto

Why are billing and invoicing software platforms and other fintech embracing crypto? 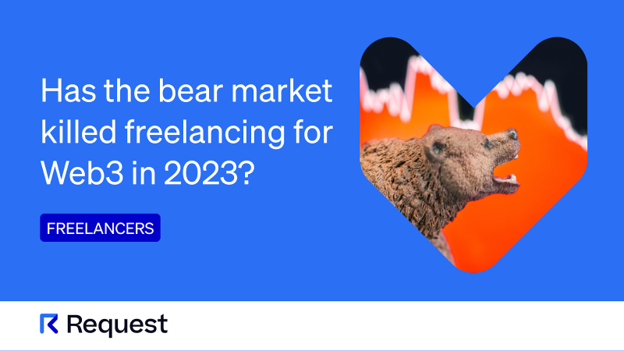 Has the Bear Market Killed Freelancing for Web3 in 2023?

Regardless of the bear market, if you can stay focused on the fundamentals, freelancers will find themselves well positioned to ride the next Web3 bull run. 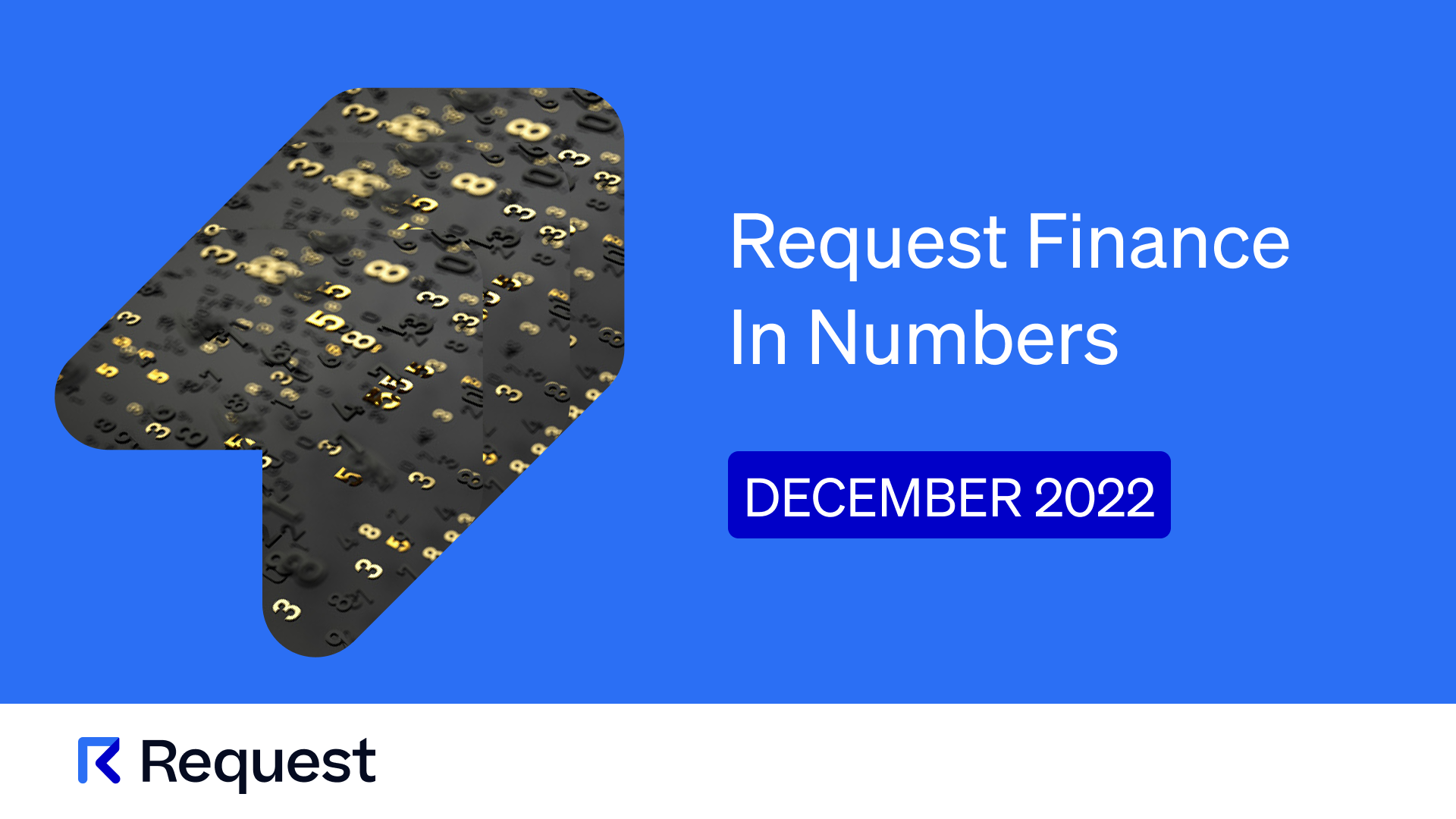 Despite a tumultuous year behind us, we continued to grow steadily throughout 2022. In that period, the total payments volume processed through Request Finance grew 54.2%, or about $96.1 million.